How to Use Cryotherapy to Loss Weight.

Imagine yourself in temperatures as low as negative 240 degrees. Now imagine yourself butt naked at the same time. If you are like me, you can feel yourself freeze right now just thinking about it. 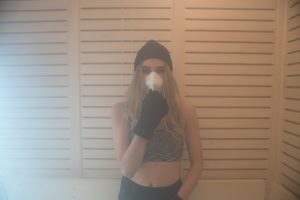 For the novices, that’s basically what cryotherapy is all about. So what reasons would make someone put themselves through such extreme measures and can cryotherapy help you lose weight?

The idea of weight loss is close to the heart for many people and learning that there is a quick fix or a less taxing way to attain that goal will make most people choose that method, side effects notwithstanding.

The Japanese are the pioneers of cryotherapy and started using it in the 1970s to treat diseases like rheumatoid arthritis and multiple sclerosis. The Western countries later caught up with the fad to predominantly relieve muscle aches among top sportspeople as well as energizing oneself.

Cryotherapy basically means cold treatment. It entails exposing the body to temperatures below negative 200 F for durations of up to four minutes. The actual exercise has the participant stand in a tank or a device the size of a closet that is filled with frozen water or liquid nitrogen.

Cryotherapy as a weight loss method

Lately, cryotherapy has been advocated mainly by spas as a weight loss method. Supporters of cryotherapy claim it works as an effective weight loss method. Cryotherapy aids in weight loss through the body’s reaction after exposure to that cold temperature. The body responds by shivering and using other external mechanisms to beat the cold, therefore burning calories in the process. Such reactions of the body to extreme cold is supported by studies which have found that people who spent 2 hours daily in a room with 63 degrees lost much more calories than those who were not so cold places. This process summarizes what is cryotherapy for weight loss is.

Each cryotherapy session helps you lose up to 3300 kilojoules leading to burning of between 500-800 calories. This is equivalent to a 45 minute run. For maximum weight loss, you will need to have repeated cryotherapy sessions. The recommended number is 10 sessions in durations of between 2 to 3 weeks.

Side Effects of Cryotherapy

Following the death of Chelsea Ake-Salvacion in a cryotherapy clinic, a debate arose about possible side effects of cryotherapy as a weight loss method. The death has not been confirmed as a direct result of cryotherapy, but it is not to be ignored. Other negative and proven side effects include frosting of the skin if it accidentally touches the cold surface of the tank. There is also the danger of becoming confused and having a dangerously high heart rate if you stay in the tank for longer than the maximum 4 minutes.

Now that you know what cryotherapy for weight loss is, it is a great idea to give it a try. As we have seen, it is an effective way to lose weight quickly and effectively and with less effort. Besides weight loss, cryotherapy will also give you renewed energy for everyday living.