With the modernisation of medical equipment, breast cancer is now able to be diagnosed at quite an early stage. However, treating small breast cancers can be a bit challenging if the same methods as they were 30 years ago are still being used. 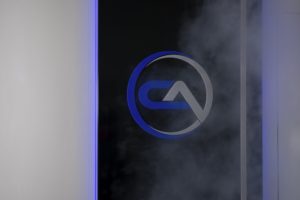 Cryotherapy, also known as Cryoablation, has been in research over the recent years and has been used to treat kidney and lung cancers. Tomkovich began a study to find out if the same can be used for low-risk breast cancer and so far the findings are quite positive.

Also termed as Cryoablation, cryotherapy is the name given to the process of destroying cancer cells through freezing. According to research presented on the 28th of November, 2018, during the annual meeting of the RSNA (Radiological Society of North America), cryoablation showed early signs of success in the treatment of low-risk breast cancer. About 180 women had so far undergone the, and only one had a relapse later on.

What led to the study?

Cryoablation procedure is done by introducing a probe in the cancer tumour using an incision, the size of a pea. The incision is done through the skin as the patient is under anaesthesia. An HD ultrasound usually directs the probe in partnership with mammography images. When the probe is in position, the doctors introduce liquid nitrogen into the probe. This causes an ice ball to surround the tumour within eight minutes of a freeze cycle hence killing the cancer cells. The process takes an additional eight minutes to obliterate the cancer cells. In total, one needs less than an hour for this procedure to be completed.

As of the last briefing about the study, researchers said to have about three years to follow up on 20 patients and about two years for 75 other patients. The process has shown a 99.4% rate of success, hence giving a lot of hope to the medical team. Dr Tomkovich said that they had hoped to have the same positive results as those of Lumpectomy, but as evident in the research, the results showed way better outcomes.

As we wait for the outcome of the research, we hope that the process will give a lot of women hope for a healthy life in spite of having early stages of breast cancer. Athletes for quick recovery can use the cryotherapy chambers after training and in they can also be used in spas for total body fitness. CryoAction offers a wide range of these chambers for hire and assists in installation.