More and more people are turning to cryotherapy as a way to reverse the appearance of aging, increase the speed of post-workout recovery and prevent chronic diseases. Here are ten cool cryotherapy facts about its benefits 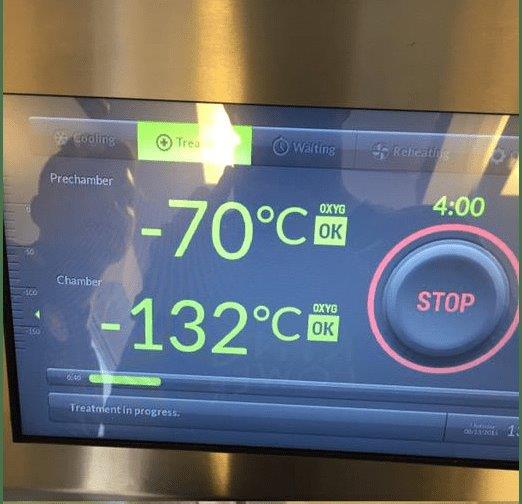 While whole-body cryotherapy has not yet been approved by the FDA, many athletes have touted the efficacy of cryotherapy recovery technology in reducing delayed-onset muscle soreness (DOMS).

2. Cryotherapy technology originated in Japan in 1978.

Japanese rheumatologist Toshima Yamaguchi is credited with developing whole-body cryotherapy, which was originally intended to treat conditions related to the joints and muscles – particularly those associated with rheumatic diseases like arthritis, ankylosis spondylitis and fibromyalgia.

3. Many celebrities credit their appearance to cryotherapy.

Jessica Alba, Kate Moss, Jennifer Aniston and Lebrun James are just a few of the well-known names who use cryotherapy to stay in shape.

4. Cryotherapy can improve the condition and texture of the skin.

Cryotherapy is increasingly used as an anti-ageing and skin rejuvenation treatment. Studies show that just a few cryotherapy sessions can result in a significant boost in collagen production, which can lead to an overall improvement in the condition of the skin.

Not only is proper blood flow essential to delivering oxygen and nutrients to the body’s tissues and organs, but it also leads to the release of mood-boosting endorphins. Many cryotherapy users report feelings of euphoria and well-being after a cryotherapy session.

6. Cryotherapy can boost your metabolism.

7. There are two types of cryotherapy treatments available.

Cryotherapy chambers can accommodate up to 3 people per session and are popular with couples and athletes. Cryotherapy saunas are single-person tanks that cover the entire body except for the head and neck.

8. Whole-body cryotherapy has been shown to reduce inflammation.

A 2011 PLOS One study found cryotherapy to be effective in increasing the of anti-inflammatory cytokine activity in the body, thereby reducing inflammation in the body.

9. Cryotherapy can be used to treat migraine headaches.

A 2013 study found cryotherapy to be effective in reducing the occurrence of migraine headaches.

10. Cryotherapy may help prevent the onset of dementia.

Research findings suggest that in reducing inflammation, cryotherapy may also be effective in treating mental health conditions associated with inflammation – including dementia.

Enjoy our blog on our ten cool cryotherapy facts? We’ve got plenty more interesting facts and other blogs for you to read here