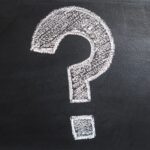 In the last five years, cryotherapy has taken the world by storm. It has seen a rise in popularity among football and rugby sides as a way of treating sports injuries. This is where CryoAction comes in. Cryotherapy’s use in treatment is its raison d’etre and original reason for its invention.

It is also popular in health spas and CryoSaunas, for reasons secondary to curing arthritis. Weight loss and improved sleep have been hailed as fringe benefits. So much so, this has inspired our latest post.

Cryotherapy was first introduced in Japan in 1978, as a remedy for rheumatoid arthritis.

2. As a weight loss treatment?

Some people have claimed that cryotherapy has helped them to lose weight.

3. “Refrigeration keeps you young, I told…*”

It is claimed by Chinese people that your nervous system stagnates if you don’t wake yourself up.

Anyone wishing to undergo whole body treatment needs to be completely dry prior to taking their position in the cryosauna. After wearing sweaty socks, US sprinter, Justin Gatlin suffered a serious bout of frostbite after entering the chamber.

5. As an aid to improved sleep

6. As an aid for improved virility

After recent experiments, it is claimed that freezing one’s genitalia in the liquid nitrogen used for cryotherapy treatments improve sex life (too much information!).

The term, Cryotherapy, is a portmanteau of the Greek words for ‘cold’ and ‘cure’, literally meaning a cure that uses the cold. Not a cure for the common cold.