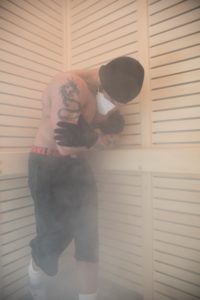 There are many known health benefits to using cryotherapy. The following are very strong contenders for the top 5:

Many professional athletes use cryotherapy after every event. They say it speeds their recovery and decreases muscle soreness.

It has been found in some studies that cryotherapy may treat mental health conditions. It is early days with this but there has been some positive preliminary research looking in to this link.

A study in 2008 in Poland found a decrease in anxiety and depression was significantly higher in a group that received daily cryotherapy. The patients felt that their symptoms were reduced by at least 50%.

It is a fact that during cryotherapy treatment the body releases endorphins – due to the cold the body goes in to fight or flight mode which releases feel good endorphins to mask/diminish the discomfort of the cold.

Whole body cryotherapy is a way to use cold temperatures to aid weight loss.

Being cold causes the body to work harder to keep warm and this burns up calories. This advantage of weight loss in cryotherapy is only recently being more publicised. Cryotherapy spas advertise that a few minutes of cryotherapy can increase metabolism for the rest of the day. After your cryotherapy treatment the brain sends signals to the rest of your body to pump blood to your core to increase your body heat and this then increases your metabolic rate.

A surgery free way to boost appearance. Cryotherapy sessions speed up the natural cell regeneration process – effectively eliminating dead cells quickly. Regular sessions help improve and reduce the appearance of wrinkles due to cell regeneration and the enhanced collagen production that cryotherapy causes. The increase in collagen results in tighter and smoother skin which aids to reduce the visible signs of ageing.