Biohacking is a new emerging trend whereby people try to improve their body function by subjecting them to various conditions and stimuli to see what happens. 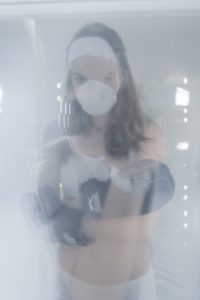 Biohacking views the body as an interconnected system that has its Input side (food and exercise) and an output side (energy and general health). It suggests that the body system can be tweaked a little bit to optimising it.

It integrates with biohacking so that the customer can receive the best effect from the chamber. A good cryotherapy chamber such as Cryoaction’s can provide the following benefits.

The Release of Endorphins

Subjecting your body to such low temperatures triggers a fight or flight response from the body. Extreme cold temperature activates the body’s immune response and triggers the release of several hormones. One of those hormones is Endorphins. This hormone is usually produced after rigorous exercises and induces the feeling of general well-being and pain relief.

Most of the time when you sprain your ankle or get hit, you quickly put an ice pack on the swelling or bruise to accelerate its healing. Well, the cryo chamber is like one big ice pack, it facilitates the reduction of inflammation all around the body. This is an effective way to do it, and it only takes 3 minutes. This recovery method is mostly used by athletes to facilitate their speedy recovery and pain relief.

The reduction of inflammations leads to efficient blood flow in the body. Some biohackers have gone further and created headbands that mimic the function of a cryo chamber. The flow of blood to the brain improves the brain functions of a person.

With biohacking emerging as a stable trend to altering the body’s performance, the use of cryo-chamber presents itself as a very viable method to achieve this. With regular sessions of something like two meetings in a week, you will get to keep your body’s functions operation at optimal performance.